The Tetragrammaton read from

The picture above is the Name that bears His Sabbaths as in Ellen White's edited Holy Name quote below. (Holy Name edits)

Below is a picture of Manuscript Release # 866 frame 7 in microfilm of Ellen G. White (In the bracketts) (printed book skips #866)

S.D.A. Bible Commentary Vol. 7-CN- REV14-CT- Revelation-PR- 07-PG- 977
(Ch. 7:2, 3). The Question Before Us Now. --The Sabbath question is to be the issue in the great final conflict, in which all the world will act a part. Men have honored Satan's principles above the principles that rule in the heavens.(see Gen. 1:14) They have accepted the spurious sabbath, which Satan has exalted as the sign of his authority. But YHVH Elohim has set His seal upon His royal requirement. Each Sabbath institution, both true and false, bears the name of its author, an ineffaceable mark that shows the authority of each.

His Lunar Calendar is embedded within the text of Leviticus Chapter 1, verse 1 of the Hebrew Masoretic Text (below is Interlinear)

Elder Andreason admits the lunar based Sabbath, but advises to keep it secret from the people, as too explosive an issue.

Crucifixtion - Passover was on a Tuesday or Wednesday, not a Friday. 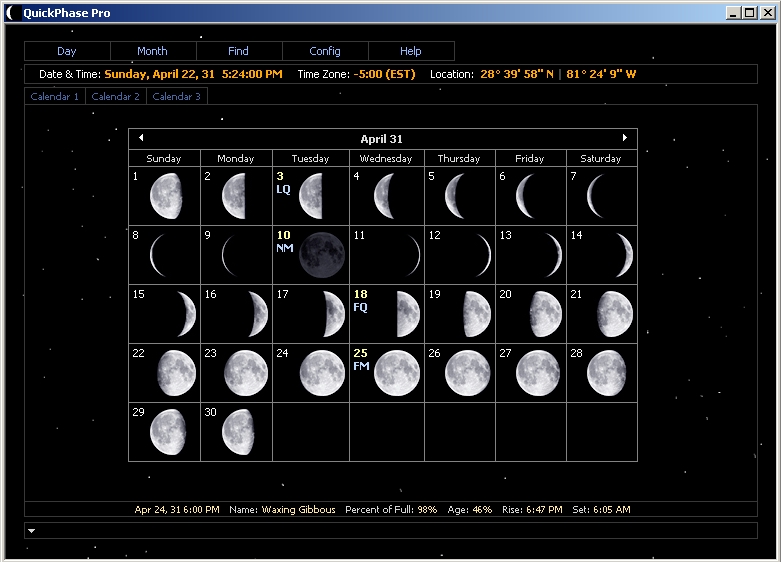 -BC- DA
-TI- The Desire of Ages
-CN- 63
-CT- "Thy King Cometh"
-PR- 02
-PG- 571
-TEXT-
Never before in His earthly life had Y'hoshua permitted such a
demonstration. He clearly foresaw the result. It would bring Him to the cross.
But it was His purpose thus publicly to present Himself as the Redeemer.
He desired to call attention to the sacrifice that was to crown His mission
to a fallen world. While the people were assembling at Jerusalem to
celebrate the Passover, He, the antitypical Lamb, by a voluntary act set
Himself apart as an oblation. It would be needful for His church in all
succeeding ages to make His death for the sins of the world a subject of
deep thought and study. Every fact connected with it should be verified
beyond a doubt. It was necessary, then, that the eyes of all people should
now be directed to Him; the events which preceded His great sacrifice
must be such as to call attention to the sacrifice itself. After such a
demonstration as that attending His entry into Jerusalem, all eyes would
follow His rapid progress to the final scene.
-END-

Exodus 12:6
6 And ye shall keep it up until the fourteenth day of the same month: and the whole assembly of the congregation of Israel shall kill it in the evening.

Ezekiel 45:21
21 In the first [month], in the fourteenth day of the month, ye shall have the passover, a feast of seven days; unleavened bread shall be eaten.

Mar 14:1 After two days was the feast of the passover, and of unleavened bread: and the chief priests and the scribes sought how they might take him by craft, and put him to death. Mar 14:2 But they said, Not on the feast day, lest there be an uproar of the people.

Mark 15:42
42 ¶ And now when the even was come, because it was the preparation, that is, the day before the sabbath,

Mark 15:43
43 Joseph of Arimathaea, an honourable counsellor, which also waited for the kingdom of Elohim, came, and went in boldly unto Pilate, and craved the body of Y'hoshua.

(Unlike the Roman calendar with changing dates for the week days,
The Biblical calendar has "fixed" dates for all week days)

Exodus 16:1
1 ¶ And they took their journey from Elim, and all the congregation of the children of Israel came unto the wilderness of Sin, which [is] between Elim and Sinai, on the fifteenth day of the second month after their departing out of the land of Egypt.

Exodus 16:13
13 ¶ And it came to pass, that at even the quails came up (After Sabbath ended on the 15th), and covered the camp: and in the morning (The 16th) the dew lay round about the host.

Exodus 16:14
14 And when the dew that lay was gone up, behold, upon the face of the wilderness [there lay] a small round thing, [as] small as the hoar frost on the ground.

Exodus 16:15
15 And when the children of Israel saw [it], they said one to another, It [is] manna: for they wist not what it [was]. And Moses said unto them, This [is] the bread which Y'hovah hath given you to eat.